Worldwide, airlines are handling the risks associated with overflying conflict zones more deliberately. Thus concludes the report ‘Flying over conflict zones – follow-up recommendations MH17 Crash investigation’ that was published by the Dutch Safety Board today. Since the crash, the issue has been incorporated into the international Standards and Recommended Practices, manuals and management systems of aviation organisations, including the ICAO and IATA. Manuals have been published that devote specific attention to overflying conflict zones. In addition, more and more accurate information on conflict zones is now available for States and airlines to incorporate into their risk assessment operations.

Flying over conflict zones is a current risk on a global scale. On 17 July 2014, Flight MH17 crashed  in eastern Ukraine caused by the detonation of a 9N314M warhead launched from a Buk surface- to –air missile system. The Dutch Safety Board investigated both the cause of the crash and the question as to why the aircraft was flying over a conflict zone. In its final report published on October 2015, the Dutch Safety Board formulated eleven recommendations to enable stakeholders worldwide to manage the risks as effectively as possible. In the investigation published today, the Board discusses the changes implemented by the stakeholders since the crash of flight MH17. The follow-up investigation does not reflect on the cause and circumstances of the crash.

The investigation shows that a range of measures has been implemented.  However, the effect on flight safety is difficult to measure. States and airlines around the world are aware of the issue at stake and devote more attention to it. Stakeholders no longer assume that open airspace over a conflict zone actually guarantees safe passage. Airlines are taking a more structured approach to analysing the risks and uncertainties, scaling up to a higher risk level at an earlier stage. Some airlines state that they now decide more quickly to refrain from overflying specific areas if no clear information relating to such areas is available.

Progress has also been made on sharing threat-related information. For instance, the European Commission now organises meetings with representatives of EU member states and relevant EU bodies to analyse, on the basis of consolidated information from the intelligence services, the risk levels for overflying specific areas. Areas classified as ‘high-risk zones’ during the meeting are listed in a ‘Conflict Zone Information Bulletin’ that is published by EASA and made available to airlines and passengers worldwide. ‘Rapid Alerts’ can be deployed to instantly share information about suddenly escalating situations. This is how the EU member states collaborate to provide more adequate insight into the risks on a global scale.

Airlines around the world have stated that they have become more aware of the risks of overflying conflict zones since the crash of flight MH17. Many airlines now make a more active effort to gather accurate information and are more willing to share it with other airlines. There are States, such as the United States, United Kingdom, France and Germany, that provide information and/or advice to national airlines, or even impose a ban on overflying specific conflict zones. That information is published to make it accessible to other airlines as well. In combination with the EASA bulletins and any information provided by (commercial) agencies, airlines now have access to more and generally more accurate information for their risk assessment operations.

The study does not yield a uniform overview of the performance of such risk assessments and their outcomes. The method, information position, country of origin, and extent to which risks are considered acceptable vary between airlines. It follows that the resulting decision may also vary between individual airlines, ranging from cruising altitudes to the actual decision whether or not to overfly specific areas. Furthermore airlines do not provide adequate information about the chosen flight routes. The Dutch Safety Board is aware that publishing details on flight routes does not come easy because of the sensitivity of the information and the complexity of considerations. However, airlines could and should search for a way to justify the decisions they make.

The follow-up  investigation shows that important steps have been taken in recent years to control the risks associated with flying over conflict zones more effectively. It is essential for changes already implemented to be consolidated and for stakeholders to carry through with the subsequent steps they have announced. However, there are still issues that need to be addressed by nations and airlines. The investigators found that very few changes relating to airspace management by nations dealing with armed conflict within their territories have been made. Also, airlines require more detailed and complex information to perform adequate risk assessments. Information on suddenly escalating and/or new conflicts is another area of continued concern. In this context, the willingness and trust to actively inform other parties about (potential) threats are vital, something that does not come naturally in every region of the world. 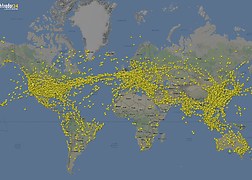