The cultivation of hemp is prohibited in the Netherlands. Despite this, there are an estimated 10,000 to 30,000 hemp farms in the country, a large proportion of which are located in homes, exposing neighbouring residents to safety risks. In 4,500 of the 6,000 hemp farms dismantled annually, the power grid is found to be dangerously overloaded. Each year, electricity to the value of €200 million is illegally tapped and at least 65 house fires occur as a result of hemp cultivation. The Dutch Safety Board views this as a serious cause for concern, which has prompted it to examine the safety risks affecting people living near hemp farms.

The commercial cultivation of hemp involves the use of a great deal of equipment in the homes in question. However, homes are not designed for this purpose and are therefore unsuitable for such activity. To make hemp cultivation possible, numerous modifications are necessary. The possible consequences of carrying out these modifications without proper knowledge and expertise include fire, collapsing of the building and harm to the health of neighbouring residents.

To improve the safety of people living near hemp farms, public and private parties must work together and take measures to prevent unsafe situations caused by hemp cultivation. This requires a different way of thinking, one that focuses not on the illegal nature of cultivation, but on the unsafe situations such activity creates for neighbouring residents.

Every week, police in the Netherlands discover and dismantle more than 100 illegal cannabis grow rooms. It is precisely because it happens so often that it has lost its value as a news item. After all, weed is available from every cannabis café and has to be produced somewhere. However, the dry police statistics mask a serious safety problem.

The cultivation of cannabis is prohibited in the Netherlands. Nonetheless, the scale of production in the country is extensive, with the number of grow rooms estimated at between 10,000 and 30,000. This is not about citizens who have a few plants for their own use, but rather about cultivation for financial gain, involving the use of a lot of equipment that is normally used for regular horticulture. At least 4,500 of the nearly 6,000 grow rooms that are dismantled every year can be described as dangerous, because of a combination of the high levels of power that are used, the illegal tapping of electricity, and the fact that the equipment is installed and used inexpertly. This can lead to fire, the building collapsing and harm to health. The Board regards this as worrying, because a large proportion of the cultivation of cannabis takes place in homes. Cannabis growers are therefore not only endangering themselves, but also innocent neighbours and other local residents. The risks are not merely theoretical - there is an average of one to two house fires every week as a result of the growing of cannabis; the annual number is at least 65.

The increased detection of cannabis grow rooms, which appeared in the 1990s in response to the greater levels of cannabis production in the Netherlands, has not solved the safety problem. In order to spread their risks, growers have moved some of their nurseries from large commercial premises in outlying locations to homes, and have reduced the number of plants in each nursery. According to the available figures, the scale of cannabis cultivation in the Netherlands has not decreased, but actually appears to be distributed over a larger number of nurseries, which are found in many residential districts.

It is obvious that the large-scale cultivation of cannabis in homes is hugely undesirable. As well as the specific safety risks of growing cannabis, homes are not generally designed or equipped for commercial horticulture, nor are they intended for that purpose. In the case of ‘normal’ businesses, the government is able to regulate where they are located through spatial planning and licensing laws. This does not apply to cannabis grow rooms because they are illegal and therefore lie beyond the direct control of the government. From that point of view, it would appear obvious that criminal law should prevail here and that the police and the Public Prosecution Service should take the lead in combating cannabis nurseries. However, this approach does not solve the physical safety problems of cannabis cultivation in residential districts.

The Board is of the opinion that citizens should be better protected in their immediate living environment against the dangers of the illegal cultivation of cannabis. This requires a change from a too one-sided approach based on criminal law, which results in public and private bodies expecting the police and the Public Prosecution Service to solve the problems associated with cannabis cultivation. The Board believes that many more organizations have a social responsibility in improving safety in relation to illegal cannabis grow rooms in homes, including distribution network operators, energy suppliers, local authority watchdogs, environmental services, the fire service, housing corporations, private landlords, insurance companies, mortgage lenders, cannabis café owners, and nearby residents.

The Board expects each of these parties to acknowledge their responsibility and to take clear action in order to reduce the number of unsafe situations. The research shows how they can do this. Because environmental safety is, in the first instance, a local issue, the Board very much envisages a leading role for the mayor. Given his central role at local level, he is in a position to bring all the relevant parties together and to encourage them to contribute.

It is high time, in the view of the Board, to move away from the one-sided reflex of detection and prosecution and to bring an end to the uncontrolled environmental risks of cannabis cultivation. This calls for a different way of thinking, in which it is not the illegal nature of cultivation that is key, but the unsafe situations that that cultivation causes for local residents.

The Board underlines the view that citizens should be better protected in their immediate living environment against the dangers of the illegal cultivation of cannabis, regardless of the current or future legal framework governing the production of cannabis. This research shows that a large number of public and private parties have a social responsibility in this area.

Because of the unique position of Netbeheer Nederland in exposing, in the short term, the unsafety caused by the illegal manipulation of the power network and cannabisrelated patterns of electricity consumption; the responsibility of the Minister of Economic Affairs and the Environment for a safe and reliable energy network; the key position of the mayor at local level; the responsibility of the Minister of the Interior and Kingdom Relations for safe housing, for local authorities and inter-organizational relations; and the special role of the Minister for Medical Care and Sport as the coordinating minister in the cannabis portfolio the Board is making the following recommendations to them:

To the Minister of Economic Affairs and the Environment:

To the mayors of every local authority:

To the Minister of the Interior and Kingdom Relations:

To the Minister for Medical Care and Sport: 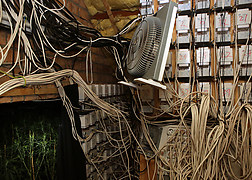 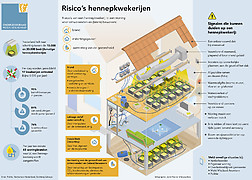