During lifting operations two construction cranes, together with the already lifted bridge section, toppled into the adjacent built-up area.  A number of homes and shop premises were completely destroyed. Miraculously, no persons were injured. The Dutch Safety Board investigated how the lifting job was prepared and executed and looked into the ways the parties fulfilled their duties and responsibilities.

On 3 August 2015, a new section of the bridge ‘Koningin Julianabrug’ in Alphen aan den Rijn was due to be lifted into position. While the bridge section was being manoeuvred between the two construction cranes, the two barges supporting the cranes capsized, together with the already lifted bridge section, and the entire configuration toppled into the adjacent built-up area. A number of homes and shop premises were completely destroyed. There was much consternation based on fears that people had been buried under the rubble. Miraculously, no persons were injured.

Insufficient stability of the lifting rig

To carry out any lifting operation safely, stability of the lifting rig is an absolutely fundamental requirement. The lifting rig as used on 3 August, in particular the barge bearing the small construction crane, were already insufficiently stable before the work was even started. As a consequence, even if the lifting operation had been carried out faultlessly, the accident could not have been avoided. The already poor stability was further reduced by the fact that a number of objects were placed on the barge carrying the smaller construction crane, and the imperfect distribution of ballast water between the compartments in the barge. Sagging of the cranes and the unfavourable interchange of forces within the lifting rig had a further negative influence on the stability. There was no margin to compensate for additional forces caused by, for example, the movement of the crane or a gust of wind, without causing the barge to slope excessively or the entire lifting rig to topple. As a consequence, an initial movement by the bridge section during the lifting work caused the barge supporting the smaller construction crane to slope to such an extent that the mast of the crane failed, causing the crane itself to topple, thereby pulling the bridge section with it, which in turn also pulled over the large construction crane.

Shortcomings in preparation for lifting operation

The accident can be explained by shortcomings in the preparation for the lifting operation by both the crane operator and the barge operator. The lifting operation was based on the lifting plan. The complexity of the tandem lifting operation using mobile cranes operating from barges was not reflected in this lifting plan. The plan failed to take into account such standard factors as wind and movement of the cranes. There were no safety margins, as a result of which the lifting rig lacked the capacity to compensate for any uncertainties or irregularities in execution. In other respects too, the operation pushed the boundaries. Both the cranes and the barges were used beyond their specified scope of operation. The cranes were loaded up to 100% of their rated capacity, and there was no ballasting plan for the barges that would have allowed for the (timely) correction of the inclination of the cranes and/or barges.

These shortcomings in preparation were caused by an underestimation of the complexity of the lifting operation. Although both the crane operator and the barge operator had only limited experience in tandem lifting operations on water, both approached the task as a routine job. Both companies overestimated their own abilities, and systematically underestimated the risks involved. As a consequence, indications of the limited stability of the rig, which were actually present during the preparation phase, failed to result in the necessary adjustments to the lifting plan. Furthermore, the companies failed to deploy the expertise required for the correct preparation of a lifting preparation of this kind. They believed in the feasibility of the plan, as long as the work would be undertaken cautiously, and if ballasting would be undertaken in time. As a consequence, on 3 August 2015, the lifting work commenced using a lifting plan that offered insufficient stability for the safe execution of the work.

The Dutch Safety Board considers it of crucial importance that lessons be learned from the lifting accident in Alphen aan den Rijn. First and foremost, this applies to the companies directly involved.
Secondly, improvements are needed at sector level. The Dutch Safety Board would propose the clear setting of standards in tendering procedures and construction contracts. Finally, municipalities should be more active in complying with their duty of care for the environment surrounding construction works, when issuing environmental building permits. In summary: 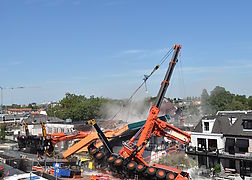 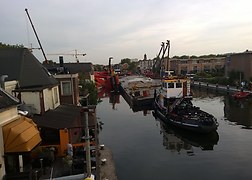 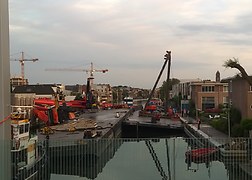 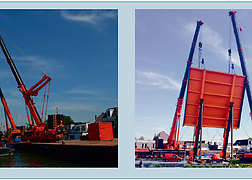 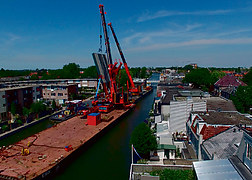 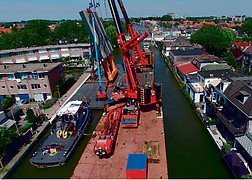 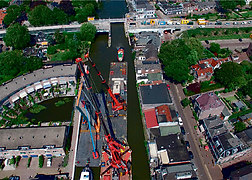