The Dutch Safety Board has started an investigation into the Gelderseplein building fire in Arnhem, where two people were injured and two people died. During the course of the investigation, the Board will look at the design and use of the entrance hall and exit routes, the use of elevators during a fire, and the deployment and mobilisation of the firefighters. 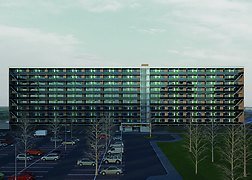