On 6 July 2010, the Dutch Safety Board, chaired by Professor Pieter van Vollenhoven, has presented its final conclusions of the investigation into the emergency assistance after the accident of Turkish Airlines’ Boeing which took place on 25 February 2009. This accident took the lives of five passengers and four crew members, 117 passengers and three crew members sustained injuries. The Boards’ report on the cause of the crash was published on 6 May 2010. The objective of this investigation was to assess whether lessons can be learned from the emergency assistance process after the aircraft accident, to improve the emergency assistance provided during major accidents in the future. Contradicting signals about the process, such as the late release of the names of the victims, reports that victims were trapped for a long time in the aircraft before they could be freed by the emergency services workers and the criticism of the emergency services workers about the way in which the communication system C2000 operated, induced the Board to start the investigation. During the investigation it emerged that important lessons to be learned from five previous investigations into the emergency assistance provision during disasters and major accidents have been insufficiently adopted. For example, the lessons learned after the café fire in Volendam were acknowledged but the observed problems keep emerging. This published text is a partial translation of the original Dutch report. In case of mutual differences, the Dutch text shall prevail. The full English report will be published on www.safetyboard.nl as soon as the translation is complete.

Safety Board publishes report on emergency assistance after Turkish Airlines crash The shortcomings that should not have occurred On 6 July 2010, the Dutch Safety Board, chaired by Professor Pieter… 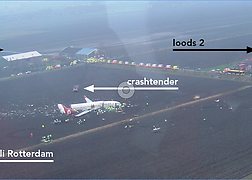 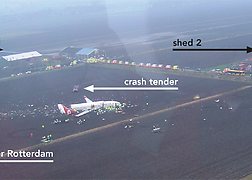