On the morning of 20 September 2018, a Stint – an electric cart equipped for carrying children – was travelling from a child day care centre to a primary school in Oss. The journey was problem-free until the level crossing at Braakstraat. There things went terribly wrong. While the level crossing barriers were already lowered, the Stint continued its passage and ended up on the crossing. A passing train collided with the Stint, which was carried sideways several dozen metres by the impact. For four of the five children, the impact proved fatal. A fifth child and the female driver suffered serious injuries. Following the accident, the response in the Netherlands was one of horror and disbelief. How could this have happened? For the Dutch Safety Board, the event led to an investigation into the way in which light motorized vehicles, including vehicles such as the Stint, are admitted onto the public roads.

Shortly following the accident, the Minister of Infrastructure and Water Management (I&W) decided to suspend the road approval for the Stint on the basis of the findings of the initial investigation by the Human Environment and Transport Inspectorate (ILT). The ILT also commissioned the Netherlands Organization for Applied Scientific Research (TNO) to undertake an analysis into the level of safety of the Stint. The TNO analysis revealed that the level of safety of the Stint was insufficient for the transport of people. On the basis of the outcomes of this analysis, the Minister decided to convert the suspension of the Stint into definitive withdrawal of the approval of the vehicle. In more general terms, the accident also raised questions about how such light motorized vehicles are admitted onto the public roads.

For the Dutch Safety Board, the event led to an investigation into the way in which light motorized vehicles, including vehicles such as the Stint, are admitted onto the public roads. The investigation answered the following questions: ‘What role does safety play in the admittance of light motorized vehicles?’ and ‘To what extent does this guarantee the safety of these vehicles on the public roads?’

The Dutch Safety Board has issued the following recommendations.<br /> 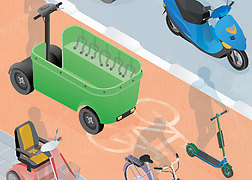 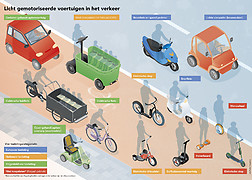