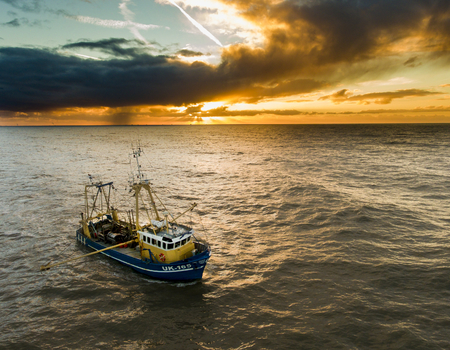 The Dutch Safety Board has published the findings in response to the capsizing and sinking of the Urk-based beam trawlers UK-165 Lummetje and UK-171 Spes Salutis. The two occurrences provided definitive proof that beam trawling is not without risk. During the investigation, the Safety Board observed a safety risk on theses fishing boats, relating to their stability. This risk was so serious that in April 2021, the Safety Board decided to publish an interim warning.

On 28 November 2019, the trawler UK-165 Lummetje was lost in coastal waters near Texel. The two crew members lost their lives. The investigation revealed that the fishing boat first capsized before sinking. In December 2020, while the investigation into the UK-165 was underway, the UK-171 Spes Salutis also capsized. The three-men crew of this boat were scarcely able to be rescued. These two occurrences made it clear that on fishing boats of this type, stability can be rapidly and dangerously compromised as a consequence of asymmetric loading conditions. This finding was reinforced by calculating the stability in asymmetric loading conditions of the TX-21 Pieter van Aris, a different type of fishing boat.

Real risk of capsizing due to asymmetric loading conditions

The fact that under asymmetric loading conditions stability decreases is not in itself new. However the fact that stability can be compromised so rapidly and dangerously was a surprise. It increases the risk of capsizing. These realizations led the Safety Board to publish an interim warning in April 2021, ahead of today’s publication. The aim of this warning was to inform the crews of similar trawlers to the UK-165 and UK-171 as quickly as possible of this risk, to allow them to take the appropriate action.

In response to the warning, the fishery sector took immediate action. In addition to informing trawler crews and other parties involved in sea fishing in the Netherlands, work was started on developing structural solutions to mitigate this risk.

In the certification process for beam trawlers, asymmetric loading conditions are not included in stability calculations. In its report, the Dutch Safety Board recommends that the Minister of Infrastructure and Water Management rectifies this situation in the future, as indeed specified by law. In addition, the Safety Board has issued a series of recommendations that should bring about preventive measures, knowledge development and alterations to ship design for current and future fishing boats. However, awareness of the safety risk remains essential, at all times.

The investigation published today focuses on beam trawlers with a length of less than 24 metres. The Safety Board recommends that the Minister of Infrastructure and Water Management launches a broader investigation, with a view to increasing the safety benefits for the entire Dutch fishing fleet. The aim of this investigation should be to map out the safety risk of asymmetric loading conditions on trawlers of all lengths.

An asymmetric loading condition occurs for example if fishing gear is suspended from the outrigger boom on one side of the ship, and not on the other. In that situation, the ship no longer floats upright in the water, but adopts a permanent list. This can have such serious consequences for the stability of the ship that it can lead to capsizing and sinking.

We expect to publish the final report into the capsizing and sinking of these trawlers in the summer of 2021. View the investigation page UK-165 and UK-171 here.

The letter (in Dutch) that was sent containing the warning can be found here. 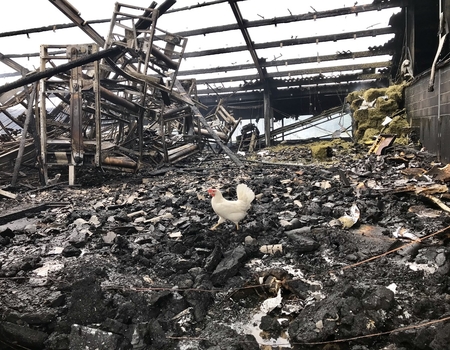 Each year, on average, animals are killed in around 17 major barn fires. In the period 2012 through to November 2020, this led to the death of almost 1.3 million animals. The number of animals killed in barn fires is growing year on year. This is the conclusion of the Dutch Safety Board in its ‘Barn fires’ report published today. The Safety Board believes that this trend, that goes hand in hand with considerable animal suffering, must be reversed.

The report including recommendations is available in Dutch. 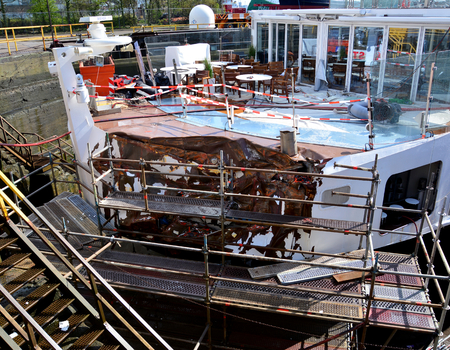 On 1 April 2019, shortly after midnight, a collision took place on the Western Scheldt between the Swiss river cruise ship Viking Idun and a Maltese chemical tanker. Both ships suffered considerable damage. There were 171 mainly elderly passengers and 49 crew members on board the cruise ship. At the moment of the collision, the majority of passengers were sleeping in closed cabins, and a number suffered minor injuries as a result of the impact. The chemical tanker was transporting a cargo of benzene, heptane and methanol. The collision tore a large hole in the outer skin of the tanker. The use of double-walled tanks for the storage of chemicals prevented the spillage of very toxic substances.

Competence of crew not tested

The river cruise ship Viking Idun was in compliance with all statutory requirements for river cruise ships. The crew members were also in possession of the necessary certificates to allow them to sail in Dutch waters. Nonetheless, the Safety Board notes that these statutory requirements are not always sufficient. The crew of the Viking Idun had insufficient knowledge of the complex Westerschelde navigation zone. They also had insufficient command of the English language, as a result of which communication by VHF marine radio was poorly understood. In addition, for the passage of the Western Scheldt, the captain decided not to place those crew members with the most extensive knowledge of the navigation zone on the bridge. The decision was also taken to not call in the assistance of a pilot. The conclusion of the Safety Board is that, although the crew members were correctly authorized, they were insufficiently competent.

The Western Scheldt is one of the most heavily used areas of water in the world, where inland navigation traffic, sea shipping and recreational shipping come together, day and night. This intensive traffic, combined with narrow navigation channels, shallows, strong currents and tidal effects make this a high-risk navigation zone. The Safety Board concludes that despite the complexity of the area, the knowledge and competence of the crew members of inland navigation ships are not subject to any additional requirements. This differs from the situation in areas of comparable complexity, such as the Rhine.

The investigation by the Safety Board reveals that this collision was not a unique event. The growing popularity of river cruises demands improvement to the level of safety in this sector. Large numbers of passengers, many of them with limited capacity to cope independently, travel on these waters each year. Against that background, the Dutch Safety Board has issued recommendations aimed at improving safety in the inland navigation sector, and specifically the river cruise sector, in the Netherlands. A recommendation has also been submitted to the Minister of Infrastructure and Water Management to improve the effectiveness of the supervision of river cruise ships and to tighten up the competency requirements for crew members of river cruise ships in the Scheldt area.

The complete investigation page with the report and recommendations can be found here.